Navigasi Game - If you want to catch a lot of news about games, then you have to gain more insight into the world of games. There are quite a number of new online gaming news sites popping up in Indonesia today, but not many media provide news with the best reviews. 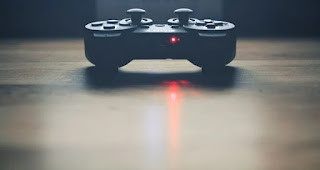 This list is only limited to game media whose rankings have been tracked by Alexa. In addition, sites that are included in the top 10 ranking list are required to speak Indonesian, be active (media that posted articles at least once in the past week before this data is collected) and also have 80% news content about gaming. The following is a list of the best Indonesian online game news sites in 2020.
Having a vision of inspirational creativity, Duniaku.net presents many interesting topics in the world of games from various consoles and platforms, not only that, my world also presents various interesting stories and reviews from the world of anime, manga, movies, toys, smartphones, laptops, and more!

Slightly different from other gaming media, GGWP.id concentrates on news about esports, especially counter-strikes, dota 2, point blank and overwatch. For those of you who are esports lovers, this site is one of the best choices to find the latest news about the world of gaming, especially esports, from abroad and within the country.

If you are bored with gaming news sites just like that, then Kincir.com news media can be your choice. In addition to providing news information about games from various consoles, this news site also provides many game support facilities needed by gamers such as PC and events related to esports and Movie.

This gaming news site focuses on news about the development of video games with a very informative news section with the characteristics of today's millennial youth. Besides that, the Brott game also provides several tutorials and tips & tricks about the gaming world. Are you the one who frequently visits this news site maybe?

Not only providing various news about games, Dunia Games also provides various mobile game downloads. The Dunia Games site itself is directly supported by well-known game publishers such as Electronic Arts, Gameloft and many more, besides that one of Indonesia's well-known providers, Telkomsel, is also behind DuniaGames.co.id.

The Game Box site provides all the most advanced information from information related to the game world and also provides a means for gamers to write their reviews about the game, not only that they can also write guides, send photos and much more.

A newcomer to the world of gaming news sites in Indonesia, it is enough to break the market by becoming the only game news site indexed on Google News (at that time) since 2017. Kabar Games, which has the slogan "The Voice of Gamers", is not without reason , is now one of the list of the best gaming news sites in Indonesia.
In addition to online games and the latest gadget news, this online game portal also provides content about anime that is liked by many people such as Dragon Ball or Dragon Ball Heroes which are currently booming again in Indonesia. Are you one of the loyal readers of Kabar Games?

The Jagatplay news site has a fairly simple appearance, but is very complete in reporting. Starting from news about games, reviews & game previews from various consoles. The interesting thing here is that you can also see what has happened in the game world in the past few years in the Time Machine category.

This news site is one of the main media sites for Dafunda Community Indonesia which talks a lot about video games, such as game news, game reviews, game competitions, and education about video games. In addition, Gamedaim also discusses gadgets and events that you might like. If you are bored with existing sites, then Gamedaim.com could be your next choice.

Currently, Gcube has transformed into an Interactive & Innovative video game media, where Gcube.id has a strong commitment to become the best information center for all gaming communities in Indonesia. Apart from reviews, guides and tips on the gaming world, this news site also provides a lot of content regarding anime and manga reviews.
Does this reference help all of you in choosing which site or game media are the best in your opinion? Stay up to date with the latest game news and updates in Indonesia only at Kabar Games!