Navigasi Game - Many things about Bardock, Son Goku's real father, determine the future of the Saiyan race in the hands of Frieza, you know! How curious? Check out this Bardock fact first! 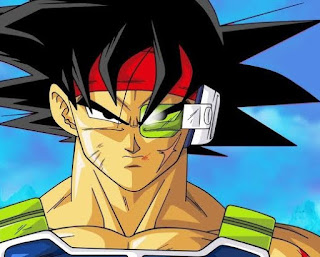 The versions that appear in the special episodes in Dragon Ball Z differ from the Bardock interpretation in Super. Why? Because the Dragon Ball Super version of Bardock follows his background story in Dragon Ball Minus!

In the end, no matter what version it is, it's still Bardock and Gine, his wife who sent Goku to Earth. However, what distinguishes each version is the timing in realizing Frieza's plan to finish off all the Saiyans!

3. Be aware of Frieza's plans!

Akira Toriyama said, "Because of Bardock's actions in saving his comrades, which is rare among Saiyans, he is highly respected by a number of his lower class knights."

Although a Saiyan is notorious for being fierce, Bardock has some kind and considerate qualities for his comrades. It stems from his happy life with his wife Gine!

6. The old version can see the future!

In the Dragon Ball Z version, Bardock inherits the ability to see the future, where Frieza will exterminate the Saiyans. However, he also saw a much farther future, where his descendants would one day defeat Frieza!

If only Goku hadn't been rushed to Earth, maybe Frieza had achieved his goal of becoming the ruler of Universe 7 and making Earth one of his colonies! Even more amazing, his descendants have always been important figures in saving that world!

Before being betrayed, even though he paid attention to his comrades and his wife, Bardock was still a man of Frieza who had massacred various other races in the antagonist's expedition!

Despite all the heroic replies, in the official version which later continues to Dragon Ball Super Bardock and Gine still dies in the attack launched by Frieza on planet Vegeta.
Those are 9 facts about bardock that we can convey to you and thank you for visiting bye.