Navigasi Game - With two next-gen consoles released some time ago, the fierce competition between Sony and Microsoft has returned to show in 2021. Most recently, the Xbox Series X, which is a Microsoft development console, seems to have won one of the competition last month. 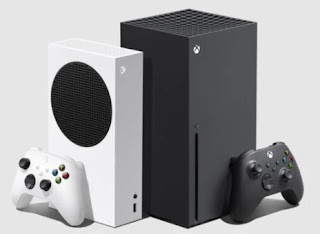 Reported by a tweet from the leadership of Gamesindustry.biz, the Xbox Series S and Xbox Series X managed to become the best-selling consoles in the UK in January. This made the Xbox Series S / X the third best-selling console after two months earlier belonging to Nintendo Switch (December) and Playstation 5 (November).
The rotation of the best-selling console in those three months is indeed unique. However, it is fairly reasonable when looking at the current pandemic conditions which allow console availability to be very little. So that consoles that have more stock items available can be favored for gamers to buy. Meanwhile, this month, it looks like Xbox has managed to bring more stock to market to gamers.
Apart from various reasons for this, the achievements of the Xbox Series S / X deserve appreciation. Moreover, Xbox is known to have always succeeded in controlling the market segment in the UK, like what happened last year when Xbox succeeded in beating sales of Playstation and Nintendo Switch on Black Friday Sale.